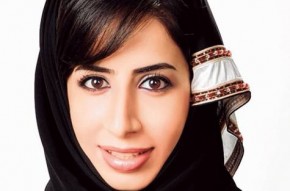 Maryam Bin Fahad is the Executive Director of Dubai Press Club (DPC) since 2007. She also serves as Executive Director for the region’s two largest media development initiatives, the Arab Media Forum and the Arab Journalism Awards, which were launched in 1999 to provide a platform for journalists to interact, network, and discuss topical issues of Arab journalism.

A professionally trained film maker, Maryam Bin Fahad won a Special Jury Award in the Emirates Film Competition for ’Lifeless‘ a short film she wrote, directed and produced in 2002, and the Sony Young Producers Award in the year 2001. she is especially proud of her role as director of the documentary ’Into the Unknown’, which has been screened at many film festivals.

Maryam holds a Bachelor of Arts in Film and Moving Image Production, majoring in Direction from the Leeds Metropolitan University, – UK.
She also holds a Higher Diploma in Applied Media Studies from Dubai Women’s College.